You can add Ben Vereen to the list that includes wine and cheese and the other things that get better with age.

A clean shaven Ben Vereen took the stage at Dizzy’s with seven horns from the Juilliard Jazz Ensemble,  Yuka Tadano on bass,  Marc Dicciani on drums with musical direction by David Loeb.  He appropriately opened the show with “We’ve got Magic to Do" from his hit Broadway  show Pippin, the show where I was first introduced and fell in love with Ben Vereen.   Magic was what we got as he moved into his next number from Ain’t Misbehaving’, "The Joint is Jumpin’".   He dedicated the show to Sammy Davis Jr., and used  Sammy’s actual charts  for many of the numbers which included “Once in a Lifetime”, “A lot of Living to Do”, “That Old Black Magic”, “Hey There”,  “Love me or Leave Me”, "What Kind of Fool Am I" and finally audience favorite "Mr. Bojangles".  Even though Ben admittedly had been under the weather with a cold, he was funny, charismatic, and sounded dreamy.  He is the ultimate showman come rain or come shine.

He introduced a special guest, who also happens to be his Goddaughter. Liisi Lafontaine impressed the crowd belting out a couple of tunes, including Gimme, Gimme from Thoroughly Modern Millie.  Liisi starred in the West End revival of Dream Girls so she is no stranger to the stage, and I’m sure it’s not the last we will see of her.

Ben continued the show with “Stand by Me", changing the words to Stand ‘up for the arts’,  and then his own spin on “Defying Gravity" from Wicked.  I couldn’t have found a better finale song than “For Good" from Wicked, which speaks to being a better person for knowing another.   I’m sure Ben was speaking to Sammy with these words, as to the many other people that have influenced his long and rich career.  Thank you for keeping the magic alive Ben.  —ThisbroadSway 4/6/2019 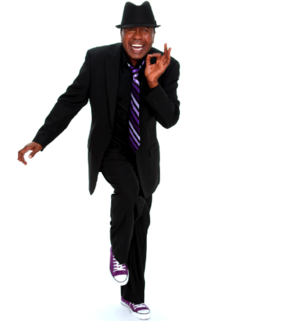