On Broadway at the Richard Rogers Theatre

It’s Alexander Hamilton y’all…or should I say Alexander “HamMER TIME”.   You will never enjoy a story of the American Revolution more than this one as written and told by Lin-Manuel Miranda.  From it's sold out run at the Public Theatre, this is the event so many of us have been waiting for. History class would have been so much more fun if Lin-Manuel Miranda was teaching it…more specifically rapping it.  This was hip-hop/ rap at it’s finest.  Not a rap fan you say?  Don’t make this mistake.  You will find something unique about this production and something you will love.  While rap is the main musical genre, there is also some charismatic New Orleans style jazz and some lovely ballads mixing it up, and making this one of the most dynamic new musicals to hit the stage in decades. It begins in 1776 when Hamilton, an immigrant, comes to New York looking to become a soldier.  He meets up with Aaron Burr (Leslie Odom, Jr.) who immediately tells him to talk less and smile more, which becomes a theme throughout and we learn that Hamilton was arrogant and outspoken, and this often got him into trouble.  His tenacity served us well since Hamilton was  one of the most influential interpreters of the U.S. Constitution,  founder of the first national bank,  U.S. Mint, the Bank of New York, and the earliest version of the New York Post to name a few. I believe the writer took some liberties, but stayed relatively true to history. This was not so much about the story for me as it was about how the story was told by this beautifully sculpted and colorful; mainly African American and Latino cast.  Many important characters in history take the stage including King George played artfully by Jonathan Groff.  History-makers George Washington (Christopher Jackson),  The Marquis de Lafayette/Thomas Jefferson (Daveed Diggs), Hercules Mulligan/James Madison  (Okieriete Onaodowan) , John Laurens/ Philip Hamilton (Hamilton’s first child) played by Anthony Raymos all delighted us with their rhythmic rhyming.  There were the stunningly beautiful ladies in Hamilton’s Life. The Schuyler sisters.  Eliza (Phillipa Soo) who became his wife, Angelica (Renée Elise Goldsberry), who also had eyes for him, and Peggy (Jasmine Cephas Jones) who also doubled as his mistress Maria Reynolds. This production is truly masterful, and brings a modern twist to nearly 300 year old history.  There are debates in rap face-off form, complete with hand held microphones and the audience cannot resist participation. The stage comes to life under the direction of Thomas Kail and Andy Blankenbuehler’s choreography which is sexy, sharp and  beautifully synchronized.   Some  of  Hamilton’s low points  were portrayed when his opposition dug up some dirt that forced him to expose his infidelities to his wife, leaving her devastated.     He also lost his firstborn son  Philip at the age 19 when he challenged George I. Eacker to a dual defending his Fathers name and lost. The pivotal moments of Hamilton’s life are all captured from the early days as aide to George Washington, to his role in the winning of the Revolutionary War, to his marriage, children, infidelities and his ultimate untimely death in a dual with Aaron Burr.  Hamilton’s wife Eliza, outlives him by 50 years, and takes over as storyteller to wrap this one up.  There is fine attention to detail in the costumes.  The seductive ensemble often were bare armed in tightly fitting ivory and riding boots.   Many wore the replica colonial pilgrim shoes of the period, but don’t miss the  King’s buckle that is adorned with bling detail. There were Bright reds and blues, silk pastel gowns and rich velvets and I would have expected no less from the innovative Paul Tazewell.  This show fills the stage, and will fill every one of your senses.  As the saying goes “Immigrants. We get the job done”      –Lin-Manuel Miranda Reserve your tickets now at http://www.hamiltonbroadway.com/  for a future date, because this one is selling out.   There is a daily lottery and 21 seats are distributed for each performance.  Show up 2 ½ hours prior to curtain for your chance to win. Want to know more about Alexander Hamilton you say? As I was researching for this blog, I kept finding more and more interesting facts about this founding father.  Here is a link to more about Hamilton you might find interesting http://www.history.com/news/5-things-you-didnt-know-about-alexander-hamilton
-ThisbroadSway 7/13/15 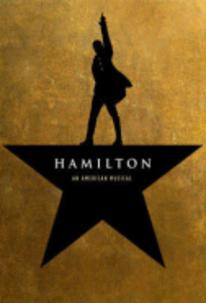