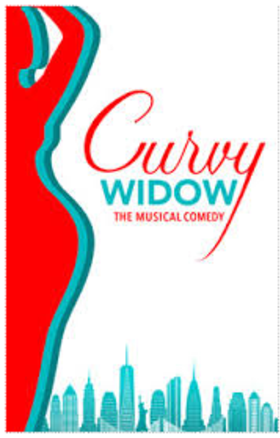 Bobby (Nancy Opel) and Jim (Ken Land) Goldman seem to have it all.   He’s an accomplished writer, she has a booming construction business.  They’ve been married for half their lives, and are comfortably living  in their elegant Fifth Avenue Apartment, but nothing lasts forever in this delightful musical comedy.

When Jim suddenly dies, Bobby is left a lonely widow in a state of confusion.  Her three faithful friends, Caroline (Andrea Bianchi), Heidi (Elizabeth Ward Land) and Joan (Aisha De Hass), come to the rescue with bottles of pills and a glass of champagne as good friends do.  Some time passes and Bobby contemplates her situation with one of many witty tunes. “Turn The Page” speaks the lyric ‘half a life and he’s all I’ve  ever known’.   She decides a visit to the shrink is in order, and after session one, she vacates the uptown apartment and moves downtown into a trendy loft space for a fresh start.   On her second visit to the shrink, she is compulsively eating everything in sight and the doctor tells her she needs a date.  She gets flustered at the suggestion, but he insists “I’m making getting laid a medical directive”.   Bobby begins to explore the world of online dating starting with Match.com, and creates her ‘handle’  and the musical title Curvy Widow.   After some sex ed 101 where Caroline tells her that STD’s are the new ABC’s; they go condom shopping and the dating game begins.  It’s stereotypically complete with the one night stand, the cheapo, the coldhearted, the germ-o-phobe and the married.    In between dates Bobby gets visitations from dead Jim, who is telling her not to do this, but she keeps pressing on to find his replacement.   We have a moment of menopause the musical when Bobby realizes her equipment isn’t working quite right.   Some hormones and laughs later she is back on the dating scene.   It’s only when she least expects it that she finally meets Mr. Right.  Not online, but just by chance.   When all is said and done the Curvy Widow not only gets what she wants, but most of all, she gets what she needs.

The show gets off to a slow start, but quickly picks up, and continues to get better with each scene, saving the best for last. The score (Drew Brody) is full of wit and whimsy and is lively with few exceptions.   Nancy Opel does an exceptional job on stage and puts the fun in funny with her body movements, facial expressions and well trained voice.  The ensemble cast is stellar, each representing multiple characters.   In addition to Ken Land,  Alan Muraoka plays the shrink and along with Christopher Shyer they all double as Curvey’s various dates.   The set (Rob Bissinger) is super sleek and is cleverly transformed from traditional Upper East Side snob, to  a modern loft space with grand windows, a wardrobe that slides in and out of the wall at the touch of a button, and the bed that magically appears from behind two doors and is neatly concealed in the same way.    The choreography (Marcos Santana) is well crafted movements that get especially silly with the three girlfriends, with one big dance number performed in sync by the entire cast.   Written by Bobby Goldman and directed by Peter Flynn, the Curvy Widow is a straight up winner. For tickets and more information visit http://curvywidow.com and check for discounts at my website here. -ThisbroadSway 8/2/2017