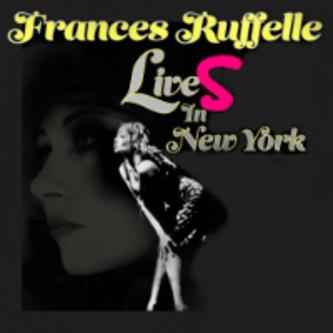 Cabaret at The Green Room 42

​I never had the pleasure of seeing Frances Ruffelle in her Tony award winning role of Eponine in Les Misérables on Broadway but you can bet your bottom dollar that I was not going to pass up the opportunity to see her performing her very own cabaret, because after all, it takes no imagination at all to know that this will be one helluva show, and it was.

The sexy Brit with her rich sultry voice is raising a raucous at The Green Room 42.  She reinvents cabaret turning the American Songbook French and does it authentically.  In other words, she’s not imitating Edith Piaf like so many others.  She opened the show with “L’Un Vers L’autre” (Claude-Michel Schönberg) from Les Misérables and beautifully executes songs like “Un Home Et Une Femme” (Francis Lai), and two other Piaf recordings, “Non, Je Ne Regrette Rien” (Charles Dumont) “La Foule” (A. Cabral), her Les Mis audition song, Hymne L’Amour (Marguerite Monnot) and a moving rendition of “A Quoi Ca Sert L’Amour” (Michel Emer).   There was also a good mix of songs in English including a medley of “Lonely Night in Paris” (Bobby Troup)/”Paris is a Lonely Town” (Harold Arlen) and from West End’s The Wild Party, “This Is What It Is” (Michael John LaChiusa). “Piano Practicing” (Lan O’Kun) and Gotta Move (Peter Matz) brought back ‘memories’ of Barbra and  I almost ‘hit the ground’ when she sang “Bang Bang" (Sonny Bono), a song made famous by Cher, and not sung enough.   No cabaret is complete without a Cole Porter song, and “It’s Alright With Me” too.

Throughout the night there was some playful interaction with ‘plants’ in the audience  plucking a handsome and talented Stuart Ward from his seat to sing “Paris Summer” (Lee Hazlewood). Stuart will be seen soon on Broadway in the highly-anticipated Harry Potter and The Cursed Child.  Later the beautiful British singer/actress Sally Ann Triplett joined Frances singing “Little Girl Blue” (Rodgers & Hart) and making it look true to its word, “Best Friend” (Michael John LaChiusa) also from The Wild Party. Tucked away in the back of the room was  Steven Wenslawski where Frances climbed atop his banquette  and sang while he accompanied her  on his accordion.   Her last guest, home grown actor Matt Bogart, sang a steamy duet of I want to go “All The Way With You”(John Prine/Gary Nicholson), and I’m sure he wasn’t the only one in the room thinking that.   Of course, she had to do “On My Own” (Claude-Michel Schönberg) from Les Mis or we never would have left, but she did it her way, and I rather enjoyed her ‘les twist’ on it.

Using every bit of her petite frame, Frances is a Storyteller. She gives a fluid, high energy performance with an eclectic mix of ballads, pop-rock, folk and of course a little Les Mis.  She uses the entire large room as her stage, climbing on furniture, standing on chairs, and because no sexy act is complete without it, she makes a bed of the piano.  She shared the encore of “On My Own” walking down the aisles letting the audience members fill in lines to the memorable tune.   After the show, I spied Broadway legend Patti LuPone leaving the room and I think that speaks for itself.  What performer doesn’t want to say, just once “Oh, Patti LuPone came to my show”.  Frances was accompanied by accomplished musicians, David Barber, Musical Director/Arrangements, Tim Basom, Guitar, Dustin Kaufman, Drums and Sam Zerna, Bass with musical arrangements by Gwyneth Herbert and additional arrangements by Jude Obermulle.

Frances has established a sort of residency at The Green Room 42 and growing fan base.   You really should not miss  her next show on Tuesday February 1st.  You can get your tickets here.   For more information about Frances and her upcoming performances visit her website at http://www.francesruffelle.com.  -ThisbroadSway 12/9/17