​Liz Callaway
Cabaret at Feinstein’s 54 Below

If you had to plan a perfect night of 60’s music, how would you do that?   Let me help you out.  Listen to Liz Callaway performing at Feinstein’s 54 Below in her latest show “The Beat Goes On”.

From the opening medley of “The Beat goes On”/”Feelin’ Groovy” (Sonny Bono/Paul Simon), to the Encore of  “Wouldn’t It Be Nice” (Brian Wilson, Tony Asher, & Mike Love) you are no doubt floating on a cloud and reminiscing about your own life through the years.  This music is timeless, emotional and urges you to feel deeply.   Liz has chosen the right songs, because each one is delivered  with perfect harmony and ease,  never outreaching the clear and crisp tone of her own voice.   Jimmy Webb songs were featured with “Up, Up and Away” and a “Didn’t We”/”McArthur Park” Medley.  From Broadway came “Frank Mills” from Hair (Galt McDermott, James Rado, and Gerome Ragni), “Promises, Promises”/”Knowing When to Leave” from Promises, Promises (Burt Bacharach & Hal David) and from  the Movies there was “Maybe This Time” from Cabaret,  the Theme from “Valley of Dolls” from Valley of Dolls (André & Dory Previn), “Two for the Road” (Henry Mancini) from Two for the Road and “You and I” (Leslie Bricusse) from Goodbye Mr. Chips.  Other popular favorites from the decade were “Leavin’ on a Jet Plane” (John Denver), “When I’m 64” (Paul McCartney), “Downtown” (Tony Hatch) and “Both Sides Now” (Joni Mitchell).   The audience agreed unanimously that there was not a bad selection in the bunch.

Liz is a natural on the stage.   Humble yet confident, with a cover girl smile and sharp sense of humor she easily engages the audience with stories from her years of success on the stage.

Top notch accompaniment by Alex Rybeck (Musical Director, Piano) and Jared Egan (Bass) doubled as background harmony for many songs which brought the music to new heights and Ron Tierno on drums kept the beat going on.

Liz and her director Dan Foster are very close.  Married close, in fact.  While some women might not want to be ‘directed’ by their husband, it works well here in this  beautiful partnership.  Dan was in the audience along with Liz’s equally talented sister Ann Hampton Callaway and their beaming mother  Shirley.  The love and respect this family have for each other is a heartwarming sight to see.

Liz has one upcoming show at Feinstein’s 54 Below on September 10th, 2017 at 7:00pm.   Get your tickets now at https://54below.com/events/liz-callaway-beat-goes/.  If you cannot make the show, you can purchase Liz’s  CD “The Beat Goes On” and find out about upcoming performances at her website http://www.lizcallaway.com     –ThisbroadSway 7/28/2017 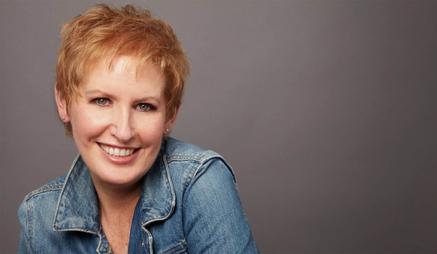