On Broadway at the Neil Simon Theatre

Do you Believe (in life after love)?  Even if you don’t, you can believe in The Cher Show.   Admittedly, I am a Cher fan-atic and this was the show I was most looking forward to all year, so I won’t leave you hanging.   I loved it!

This new bio-musical production directed by Jason Moore tells a condensed version of the Cher success story that is brilliantly brought to life, by not one, but three Cher’s.  There is the babe (Micaela Diamond), the lady (Teal Wicks) and the Star (Stephanie J. Block).  Born Cherilyn Sarkisian, the show highlights her early years with her mother, Georgia Holt (Emily Skinner) as her inspiration, taking her to see the film Cinderella at Grauman’s Chinese Theatre, where she decides she will be a star.  The story glosses over the difficult times, touching lightly on her bullying in school, being called a half-breed (her dark and alluring looks coming from her absent Armenian father) that also became the roots of her later hit recording Half-Breed.  Bittersweet, and what better way to get back at those bullies?   She moves to LA and meets Sonny (Jarrod Spector), has baby Chaz (yes, Chastity is gone from the record books) along with ups and downs until they finally divorce.  A quick bit on her marriage/divorce to a drug addicted Gregg Allman (Matthew Hydzik), another child, Elijah blue, and failed relationship with Rob Camilletti.    Finally, her solo success is realized, breaking records in her award-winning recording and film career which is still evolving.  What’s more is everything that happens in between.  The kaleidoscope of musical arrangements (Daryl Waters).  Music that we all know and love accompanied by dynamic choreography (Christopher Gattelli) which is brought to its heights during the Dark Lady (Ashley Blair Fitzgerald) number which is a picturesque display of movement, flexibility and ultimate sexiness.

The girls looked nothing like Cher, but it’s forgotten quickly, because they all capture her essence and sound.  Especially Stephanie J. Block whose powerful voice brought out the brass and unique sound of the Dark Lady.  Jarrod Spector is also wonderful as the propulsive Sonny, in better shape, and sounding the part.  There are cameos by Lucille Ball (Emily Skinner) and Bob Mackie (Michael Berresse), also credited with the dazzling costumes which are plentiful and multiplied by three.  Thanks to the magic of Broadway, Bob can even dance now, and joins in on some memorable dance numbers.   The set (Christine Jones & Brett J. Banakis) is a glittering  spectacle  anchored by  two illuminated multi-media paneled walls that open like vertical blinds.  The cast enter and exit through the openings.  The sole center stage platform that drops out and pops up is put to good use for dramatic entry and concealed exits.

The audience was filled with Baby boomers, Gen X & Y’s (some the children of the boomers, and some on their own), and the smattering of curious millennials that could really benefit from understanding how a music career was born in the 60’s without the help of YouTube and other social media that offer insta-fame.

There are so many wow moments in this production that you will not know where to look.  It’s a feast for the eyes and ears.  Mind blowing fashion that is endless.  It made me sad that most of the costumes got very little stage time, and I feel bad for them as the ensemble cast without credit.  I’m sure these ladies can’t wait to get to work every day just to get into them.  Who wouldn’t want a wardrobe made by Bob Mackie?

While the show is fluffy, focusing mostly on milestones and up moments, Broadway can be whatever it wants, and I’ll take any excuse to get this music, these voices, and Bob Mackie costumes on a stage for 2 ½ hours and I’m sure there are plenty of theatre lovers out there that agree with me.  You can leave depth to Aaron Sorkin and Harper Lee where it belongs.  As Cher would say “Let’s do this bitches”. For tickets and more information visit the show website at and check my website to find available discounts here.  ThisbroadSway 12/28/2018 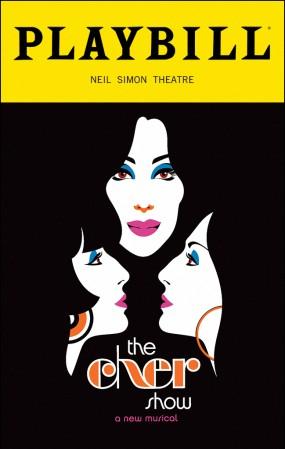